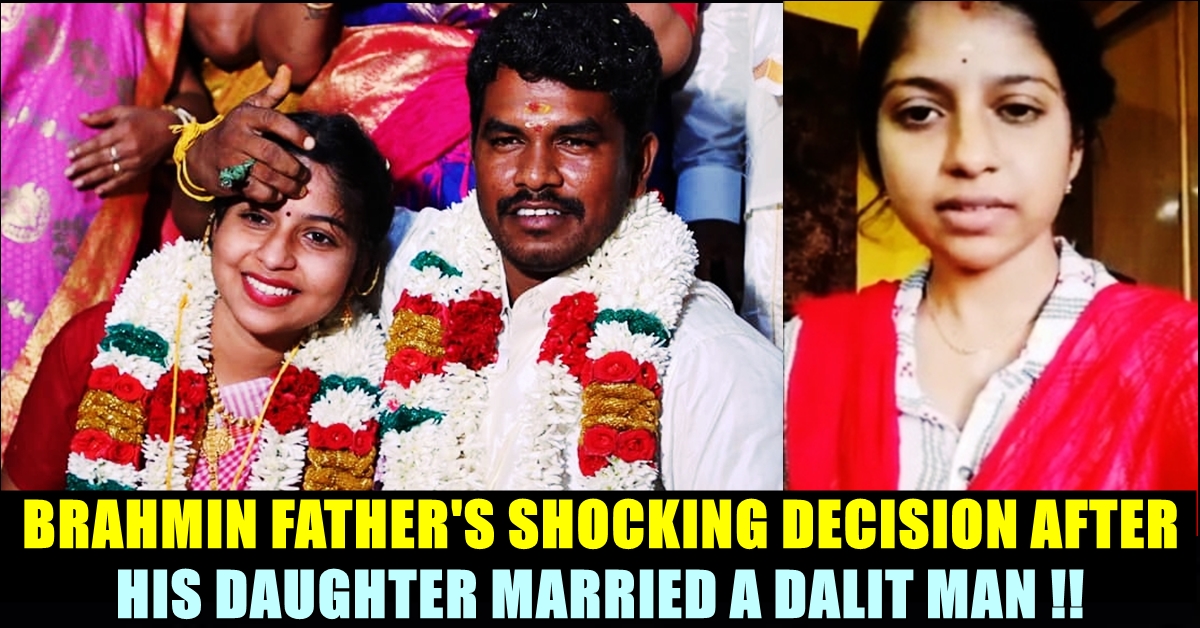 A Prabhu of Tamil nadu’s ruling party who belongs to Dalit community married a girl of Brahmin community named as Soundarya which stirred a major row in the state. The incident has created lot of uproars in the state as the girl’s parents are opposing the marriage. To our shock, S. Swaminathan, father of the bride decided to end his life after being unable to stop the marriage but saved by the Police officers of Tamil nadu.

Swaminathan who is working as a temple priest doused himself in Petrol and threatened to set himself on fire. However, the Police officers stepped in and took him into custody. He reportedly accused the AIADMK’s Kallakurichi MLA of abducting his 19 year old daughter and for “violating his trust”. Soundarya’s father tried to barge into their residence where the marriage took place and attempted suicide.

“It is a fact that both the MLA and the girl had a relationship. Girl’s parents complained that the MLA was in love with her for the past four years (even when she was a minor) while the MLA claims that their affair was hardly four months old.” said a senior Police officer to media.

Soundarya’s father, S Swaminathan reportedly said that Prabhu rew up with them for several years at their home and they considered him as their own son. The father said that Prabhu broken “The trust”. He also claimed that their daughter was lured into a relationship and that she wasn’t prepared for a wedding as there’s an age gap of 17 years between the couple.

In a way of replying to the allegations, Prabhu released a video saying that he didn’t abduct Soundarya. He said that their relationship is just 4 months old and said that he seeked the permission of her parents who refused.

36-yr-old Kallakurichi MLA Prabhu clarifies that neither did he kidnap nor force 19-yr-old Soundarya into marrying him. His inter-caste wedding with her, a brahmin woman, has created a storm in TN @thenewsminute pic.twitter.com/84TfyYamZd

A video of Soundarya, a college student saying that she married Prabhu with her consent and will is also doing rounds in social media platforms.

"He (Prabhu) and I have been in a relationship for the past 4-6 months. No one pressurized either me or my family. I was not abducted, I got married with my consent and will," says S Soundarya, wife of Kullakurchi #AIADMK MLA Prabhu pic.twitter.com/X0GHK0SMWk

The incident has created a debate among the netizens who are either supporting or opposing the couple for the decision they took. A large set of people believing that the couple are free to do anything as per their will as far as it is legal.