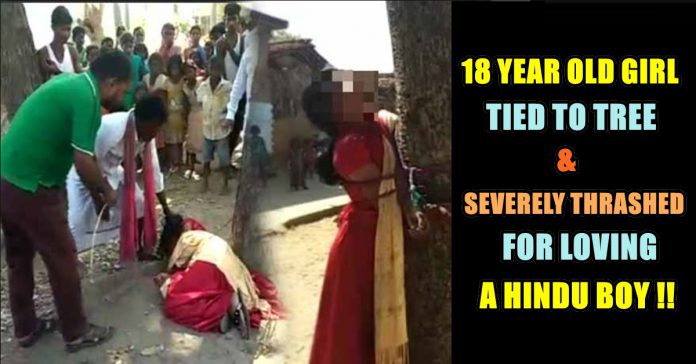 An 18-year-old Muslim woman was tied to a tree and allegedly thrashed for hours after she eloped with a Hindu man in Bihar. The incident took place in Nawada district, 117 km from capital Patna.

The woman was brought back by her family and as punishment, the village Panchayat members thrashed her publicly. 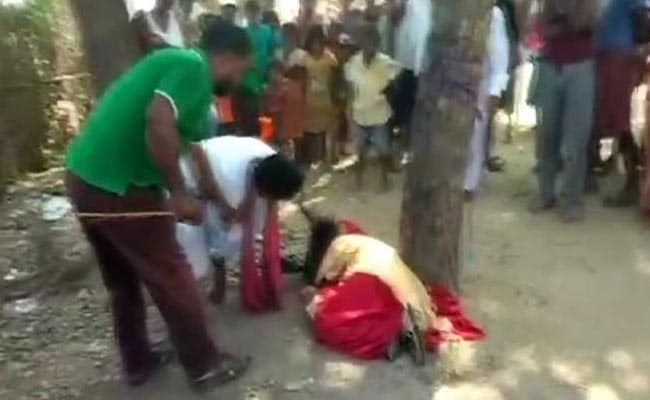 A video shows the young woman – apparently in a semi-conscious state – tied to a tree with a rope. Villagers, including elderly woman and children are seen standing around the woman as a man standing next to her is seen asking them to clear the area. The teenager said she knew the man she eloped with for about 1.5 years. “Yes,” she said, sobbing, when asked if she wanted to stay with him.

“I want someone from our own community for my daughter,” the woman’s father said.

“She slipped out of the home with some excuse when there was no power at night. We searched the entire street. When we got tired of searching, we woke up our brothers. I didn’t know when she ran away. All I know is that she told the Panchayat that she loved this man,” the father said.

The father said he had asked her to introduce her friend to him but that she didn’t.

He also alleged that after his daughter eloped with him, he called him up and asked the family to take her back. That is when the father and other villagers went and brought the woman back to their village.