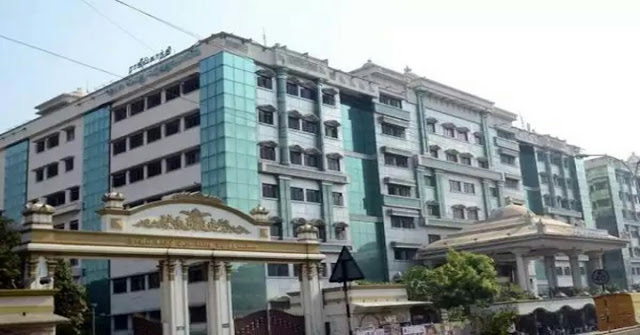 The father of an 18-year-old has petitioned the chief minister’s cell after his son died at the Government Rajaji Hospital in Madurai since he could not pay a bribe of Rs.300 demanded by a hospital worker.
Worse, a woman employee took away Rs.80 -all that he had –to bring the body from the mortuary.
G Ganapathy of K Pudur in Madurai had taken his son Rajendra Prasad to the hospital, with breathing difficulty and convulsions, on May 2.
The man who was pushing the stretcher, took away the hospital admission slip when denied bribe, and the doctor delayed treatment in the absence of the slip.
State health secretary Dr J Radhakrishnan told Times of India on Saturday that he had ordered an inquiry into the incident.
Ganapathy said a man in khaki moved his son from the ambulance around 10am.
After the death of his son due to negligence, workers demanded Rs.100 for a gate pass at the mortuary gate. Then a woman employee demanded another Rs.200 to bring the body on the stretcher. When Ganapathy told her that he had only Rs.80 with him, she took it. Later, he said, the ambulance driver demanded Rs.500 to take the body to the cremation ground, but he had nothing by then.
On May 24, the family complained to the Madurai collector. The hospital dean called the family for an inquiry but Ganapathy said nothing came out of it.