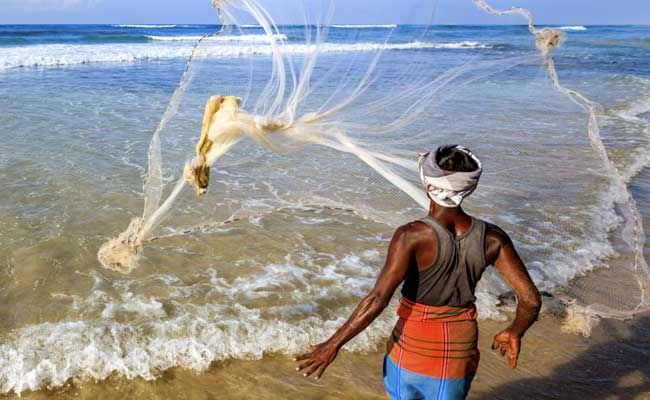 Seventeen fishermen from Tamil Nadu, who were arrested by Sri Lankan naval
personnel for allegedly fishing in their territorial water, were remanded to
judicial custody till July 20 on Wednesday by a court in the island country.
The fishermen from Nagapattinam
had set out for fishing in two mechanised boats and they were arrested
yesterday off Neduntheevu in Sri Lanka, according to Nagapattinam Fisheries
Joint Director Subburaj.’
They were today taken to a court
which remanded them to judicial custody on Wednesday, he said.
They have been lodged in a prison
at Jaffna, Subburaj said.