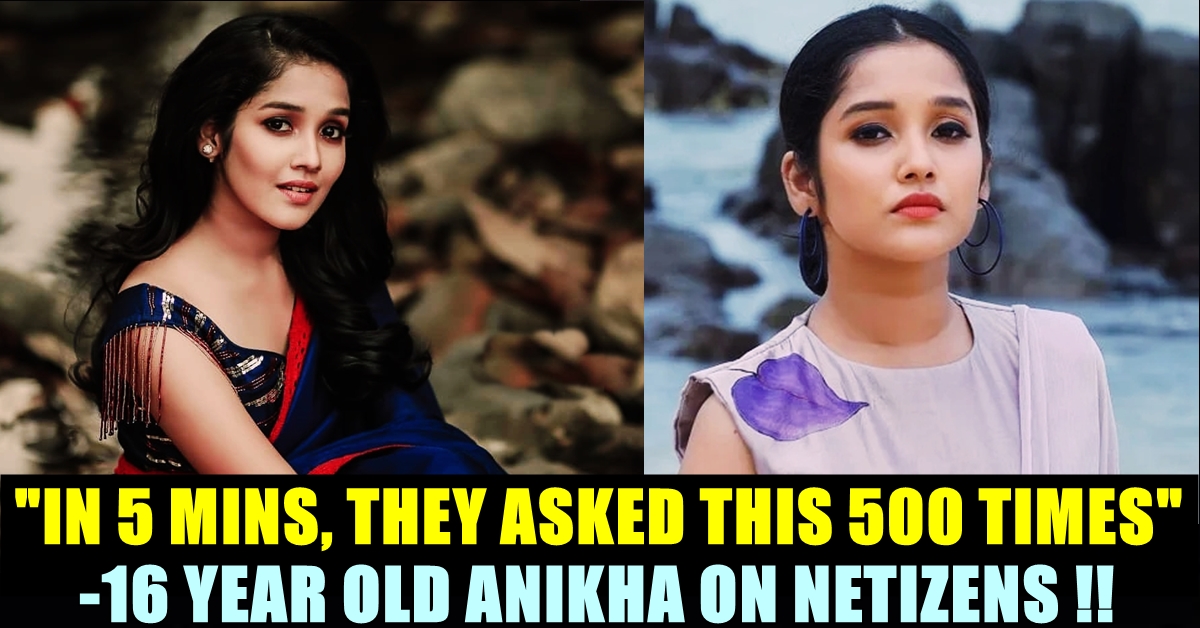 Child actress Anikha Surendran who is known for sharing screen space with Ajith Kumar and Nayanthara in a number of films, recently turned 16 and is pretty much busy participating in photo shoots while signing films. She who is enjoying one million plus followers in Instagram, conducted a question and answered to the various questions asked by them. The young actress said that as soon as she asked her followers to shoot questions, as many as 500 people asked her whether she has a boyfriend or not within five minutes. She also answered to a follower who asked her how she is facing harassment and slut shaming.

Anika is known among Tamil audience for her appearance in films like “Viswasam”, “Ennai Arinthaal” as Ajith kumar’s daughter. In “Naanum Rowdy Thaan”, she did the role of younger Nayanthara. Most recently, she acted in “Queen” web series directed by Gautham Vasudev Menon as Late chief minister Jayalalithaa’s younger version.

She who is expected to play lead role in near future, is already being compared with the looks of “Lady Superstar” Nayanthara. With her unique attires and International level makeovers, Anikha is competing with the top heroines of Indian film industry.

In the recent chat session with her followers, Anikha discovered that many of her followers wanted to know whether she is committed or not. “It’s been five minutes since I posted that question tag thing and this question was asked like 500 times. as expected” Anikha wrote in her story.

Answering to the question asked, the actress wrote “No. what makes you all think that I have time to date. lol”

Responding to a question of a follower who asked how she is facing harassment and slut shaming, Anikha wrote “I have never been harassed” said Anikha and added that she never let things like slut shaming get her. To the people who are going through such things, Anikha said “People are gonna say what they are gonna say and there’s nothing to do about it but You know what you are” she said.

“To be honest, it’s bothering me a little bit.” said Anikha and named out the youtube channels which are spreading her morphed video. “I don’t know what to say about it to be honest. As I said it is a morphed video and it is done very well. While seeing it, even I got shocked. Actions are being taken to take the video down from online because it’s obviously not a very nice thing to see” she could be seen saying in the video.

Aamir Khan Removed Vijay Sethupathi From His Movie ??
JUST IN : Ajith Kumar Answered To His Fans On “Valimai Update” !!