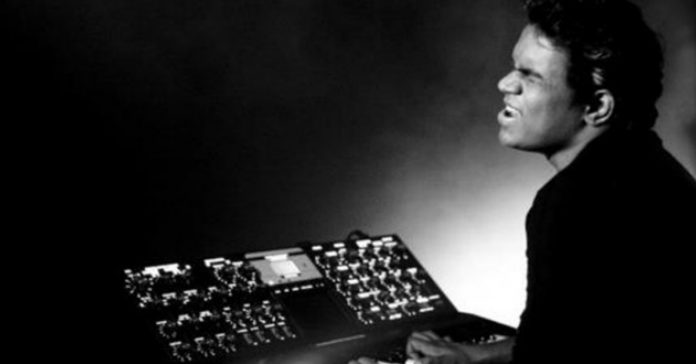 Yuvan Shankar Raja is a sensational music composer in Tamil Cinema. In a very short span of time, he has composed for more than 100 films and has acquired a a huge loyal fan base for him. Many legends’ kids failed to make strong impression like their fathers, but being a son of one and only Maestro Ilaiyaraaja, Yuvan has earned respect for his own compositions which is really difficult and we would say it happened only because of his hard work and dedication.
Yuvan is celebrating his 36th birthday today and here is our choice of Yuvan’s best 12 albums. Here we go!


The order is based on the release date of the albums !

11. MOUNAM PESIYADHE
This film marked the combination of Ameer and Yuvan. ‘En Anbe En Anbe’, ‘Adatha Aatamellam’ and Kaadhal Endral are one of his best compositions. Needless to say, from Mounam Pesiyathey, all Ameer’s films had Yuvan’s music.

10. KAADHAL KONDEN
Yuvan’s Kaadhal Kondein is another fantastic album in which all the songs are super hits. Also, Yuvan’s brand theme music style started here. Though Yuvan joined hands with Selva as a script writer in Thulluvatho Ilamai, Kaadhal Konden marked their combination as director and music composer.

09. 7G RAINBOW COLONY
Another Selvaraghavan – Yuvan combination, and again all the songs are big hits which are enjoyed by all section of audience. Ninaithu Ninaithu Parthen, January Madham, Kaana Kanum Kalungal are still lingering in our minds, not to forget the theme tracks.

08. MANMADHAN
Manmadhan paved way to trendy music for Yuvan, almost all songs were chartbusters among the urban audience while the En Aasai Maidhiliyey was a big hit in all centers. Even now TV channels are playing Manmadhan songs, if it is Sigappu Rojakakal for Ilaiyaraaja then it is Manmadhan for Yuvan.

07. PUDHUPETTAI
This is an epic album at any day. There will be no college culturals without the Variya number, it reached every nook and corner in Tamil Nadu. Not to forget the theme tracks and the Orey Naalil number which are nothing but pure epic. “Podhayil buthi marumma, nilavum sathuram aaguma” these kind of lyrics made this album extra special.

06. CHENNAI 600028
There was a time when people used to say that Ilaiyaraaja’s songs are more than enough to make a film a box office success. We guess, Chennai-28 got a wide opening because of Yuvan’s songs, of course the film had a great story line and it is still considered to be a cult classic but Yuvan’s songs are the major reason for the film to get attention from public.

03. YAARADI NEE MOHINI
Aadavari Matalaku Ardhale Verule’s (Telugu) remake Yaaradi Nee Mohini had taken the best ever opening for a Selvaraghavan film, for both movies the music work is done by Yuvan.

02. PAIYAA
Paiyaa is one commercial film where all the songs had a class factor. Almost all the songs in the film were super hits and also helped the film to be a super hit film at the box office.

How Captain Dipak Sathe Sacrificed His Life & Save 180 Lives ??

Dhiwaharan Palani - November 25, 2020
0
Actor Vivek who is pretty much interactive with his followers in social media platforms, recently reacted to a meme created by a...

Dhiwaharan Palani - November 25, 2020
0
Ramya Pandiyan who was highly believed to win the trophy of Bigg Boss season 4, is slowly gaining haters due to her...