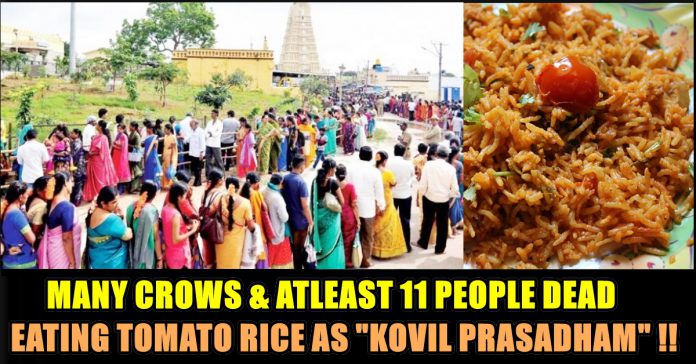 Two people have been arrested after 11 people died and over 90 were hospitalised after consuming religious food offering – or prasad – at a temple in Karnataka’s Chamarajanagar district on Friday, a minister in the state cabinet said. 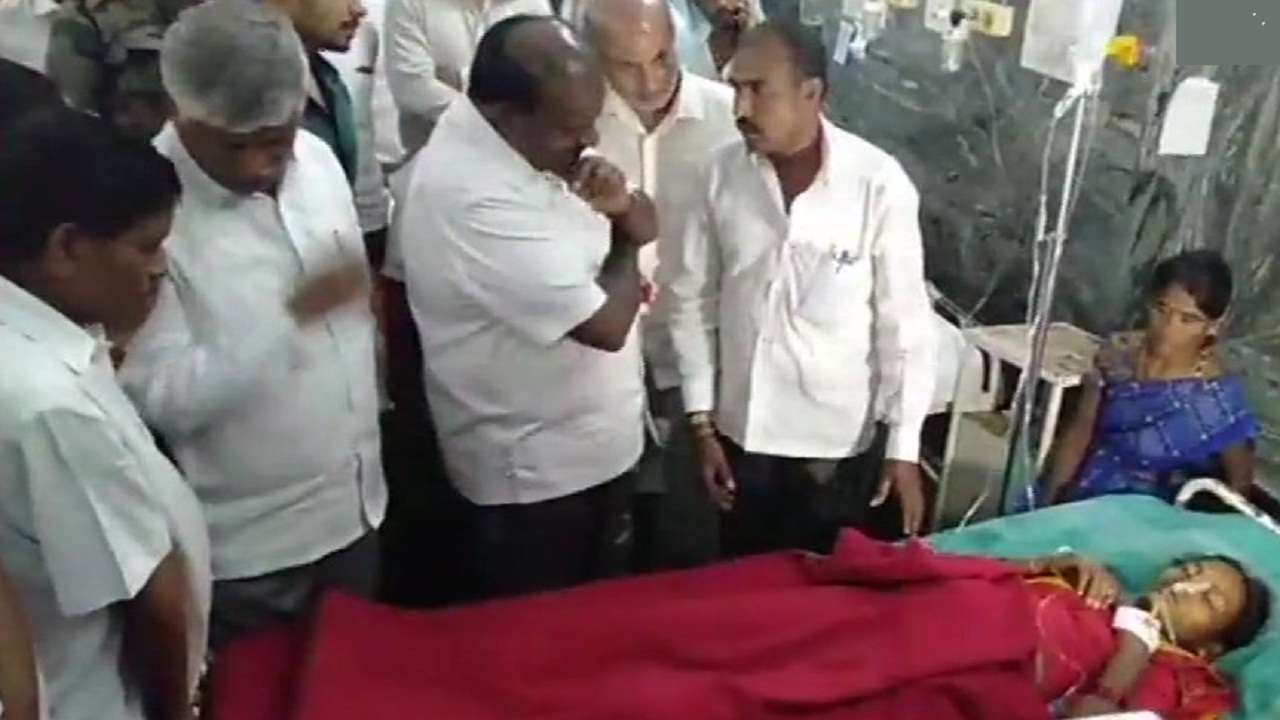 Devotees at Kichu Maranda temple,  around 160 km from Bengaluru, were poisoned after eating a rice-based offering. A devotee who was present at the temple said they were given tomato rice and flavoured water. Among dead are two children.

Many crows have also been found dead, reportedly after eating the prasad. The police are looking for five more suspects, sources said. Dharmender Kumar Meena, superintendent of police for Chamarajanagar district, said so far 11 people had died as a result of having consumed the food offered at the temple. “Samples have been taken of the food and from those dead and a team of officials from the Regional Forensics Lab in Mysuru is set to arrive,” he said.

Puttaranga Shetty, the minister in charge of Chamarajanagar visited a hospital where those affected are undergoing treatment. He said a dispute between two groups could be the reason for poisoning. 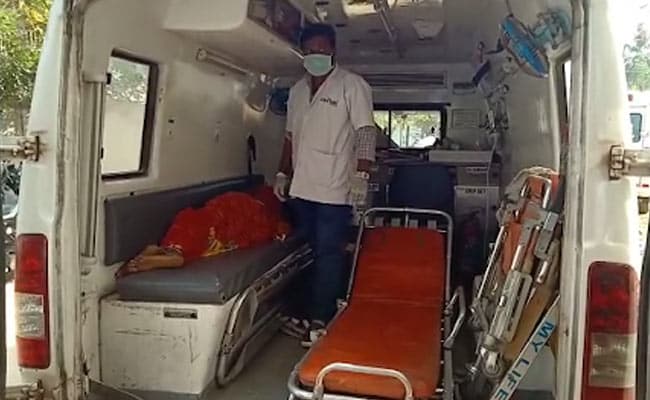 “Whoever may be the culprit, action will be taken against them. Police are investigating the case and have already arrested two people. There was some dispute between two groups. I think something has happened,” Mr Shetty told news agency ANI.

The patients are being treated for vomiting, diarrhoea and respiratory distress, he said.

With many patients requiring ventilator support, it was a challenge to find sufficient number of ventilators. Patients were spread out across government and private hospitals in Mysuru.

The minister said 47 patients were to Care Hospital in Bengaluru, 17 are in JSS Hospital in Mysuru and others are admitted in different Mysuru hospitals. “Around 91 patients have been shifted from Chamarajnagar to Mysuru,” he said.

The police said the religious offering was distributed after the temple’s foundation-laying ceremony. “Doctors think the toxin could be pesticide,” said an officer, adding that an investigation will confirm how the toxic substance entered the food.

Murugappa a devotee who was present at the temple said, “Many consumed the food irrespective of the foul smell that came from the food. They gave us a tomato flavoured rice and the people first in the queue consumed it. A little while after they started vomiting and frothing at the mouth”

Now the district officials are on full swing in order to make the situation calm in Karnataka. Chief minister HD Kumaraswamy expressed his grief on the incident.