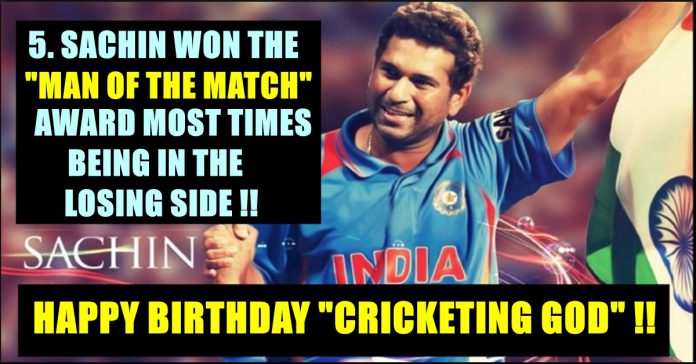 Sachin Ramesh Tendulkar born on 24th April 1973 is one of the best cricketer in this world and is considered as the best Batsman in One Day International and considered as second after Don Bradman in the all time greatest cricketer in Test cricket,And in India he is known as the “God of Cricket”,he is also known as Tendlya, Little Master in India. 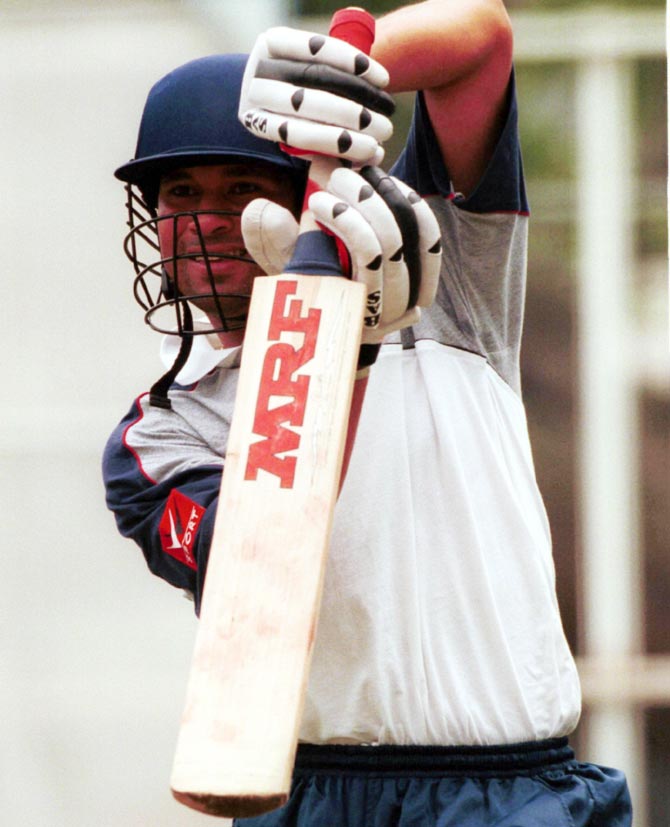 Sachin was rejected by MRF Pace Foundation in 1987 when he was an aspiring fast bowler. Wanted to be a fast bowler and even went to the MRF Pace Academy but head coach Dennis Lillee asked him to concentrate on batting. 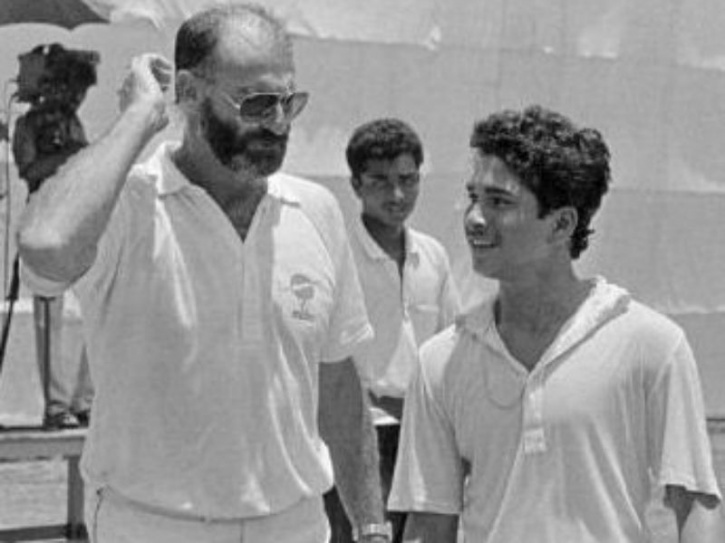 In the 1987 World Cup, Tendulkar-then 14, was a ball boy for the India-Zimbabwe match at the Wankhade Stadium.

8.Bunked The First Three Days Of Mumbai Nets Because Of A Drawing Exam

Former Mumbai cricketer Vasu Paranjpe introduced Sachin Tendulkar to Dilip Vengsarkar who was leading India at that time. Tendulkar faced Kapil Dev – India’s best bowler at that time – with consummate ease. Vengsarkar was impressed by Tendulkar and asked the selectors to include him in the Mumbai Ranji team. But Tendulkar didn’t turn up for the first three days of practice. Livid Vengsarkar asked Tendulkar to explain his callous attitude. Tendulkar said he had drawing exam hence couldn’t come.

7.Anjali was a journalist when she first met Sachin

The first time Anjali went to Sachin’s house she went as a journalist. The little master told Anjali: “You are a girl how can you come to my house?” Anjali somehow entered the house and Sachin had only one chocolate to offer her. He split it to share.

6.When Sachin Took An Auto To Reach Home 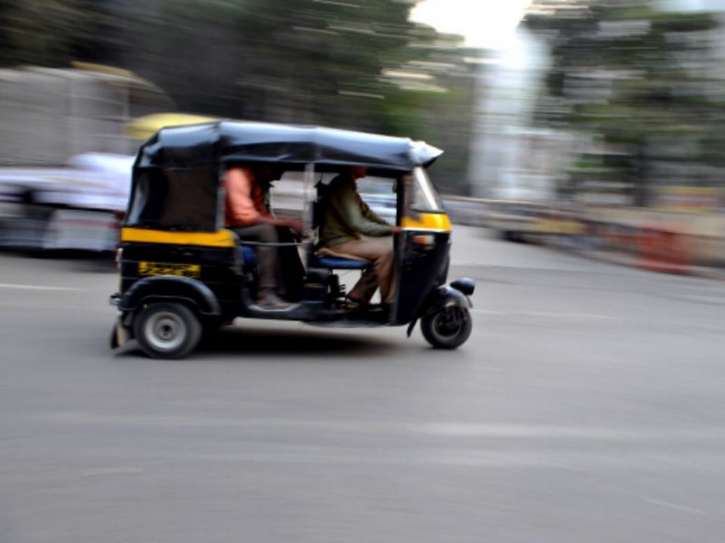 It is impossible for Tendulkar to walk alone on any of the Mumbai roads. But did you know that once Sachin took an auto ride and reached his place? This happened when he was back from England in 2013 and he trained hard with his friend Atul Ranade. Mid-way through the training Sachin collapsed and an autowalla took Sachin home.

5.Most Man Of The Match While Being In The Losing Side 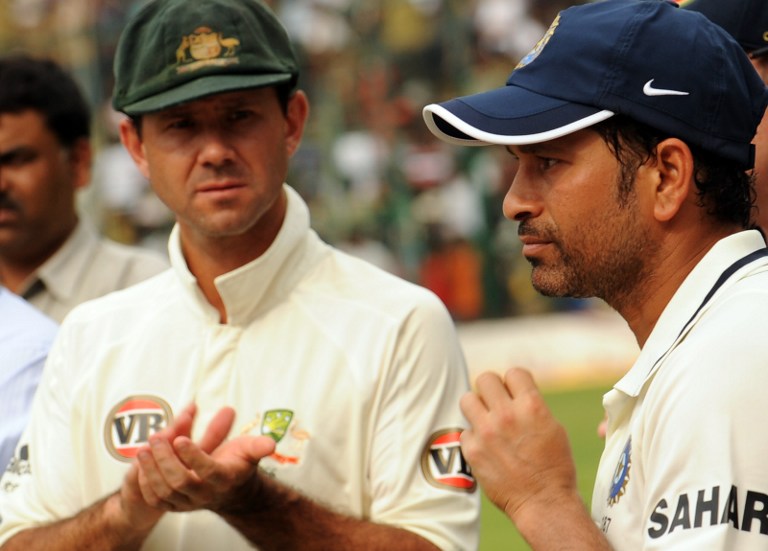 Sachin Tendulkar holds the record for most man-of-the-match awards won by a player on losing side which is 6 times. 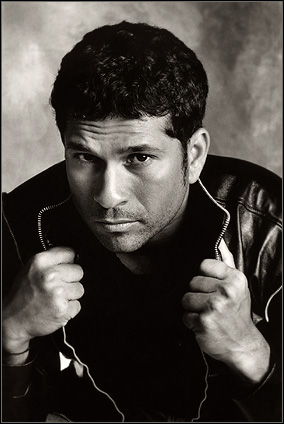 Refused to shoot for a soft-drink ad that showed him smashing cricket balls with a fly swatter. He reportedly told film-maker Prahlad Kakkar, “That would make me greater than the game.” The ad was modified: he hit the balls with a stump.

3.Sleep-Walking Sachin Made Ganguly An Insomniac

Tendulkar was Ganguly’s roommate at the MRF Pace Academy. Tendulkar used to walk in his sleep. Ganguly got worried about it and couldn’t sleep at night.

In one of the games, Sachin had scored 24 runs. Someone suggested that if six runs were added (extras) his name would appear in the next day’s newspapers. Learning about this, Achrekar sir told Sachin if he wanted his name in the newspaper he should do it himself (by scoring runs).

On one occasion Achrekar slapped Sachin when he skipped his practice and instead came to watch his senior team play. Achrekar told Sachin:  “You should not be clapping for others. Others should clap for you.” And boy, didn’t that happen for the next quarter of a century regularly? 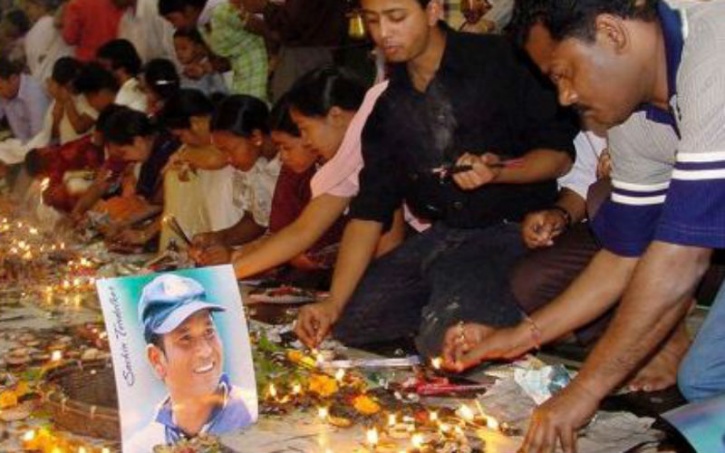 This story will surely bring tears in your eyes. Once Sachin met a group of disabled children in Chennai. One of them was Sachin’s biggest fan but he had never walked in his life. On seeing him Sachin told him if he’d like to play cricket with him. The child was so happy that he stood up for the first time ever.