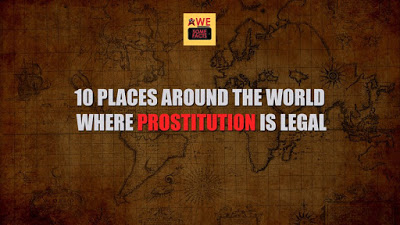 10 Places Around The World Where Prostitution Is Legal

Prostitution is legal in many places around the world and continues to happen in many others. Every 2 minutes someone is sold into sex slavery around the world. There are an estimated 42 million prostitutes around the world, 10 million of which are children.
Illegal in 109 Countries
Restricted in 11 Countries
Legal in 77 Countries
No Laws in 5 Counties
There are 2.5 million (Low estimate) victims of Human trafficking Globally. It generates tens of billions of dollors for criminals each year.

After seeing Suchithra's post about the attire she was provided during the finals of Bigg Boss season four, a follower went on to question...