The world on Saturday morning lost the
‘Greatest of All Time’ boxer Muhammad Ali. Like
he said, “I hated
every minute of training, but I said, ‘Don’t quit. Suffer now and live the rest
of your life as a champion”,
he was a true champion and lived a great life! He’s 74 now and the world has
lost a real boxer.
Some of the lesser known facts about
him…
1. Before
becoming known as Muhammad Ali, he changed his name to Cassius X. 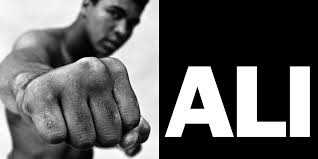 The morning after defeating Liston, the new
heavyweight champion confirmed reports that he had become a member of the
Nation of Islam. The champ told reporters that he had renounced his surname,
which he called his “slave name,” and would be known as “Cassius X”
2. He never turns down an autograph request.


As a young boy, Cassius Clay asked his idol, boxer
Sugar Ray Robinson for an autograph. Robinson rudely told the boy “I don’t
got time.” Young Cassius never forgot how hurt he was by Robinson’s
rejection. To this day, he has never once turned down a request for an
autograph. He even has a special P.O. box for anyone who wants his autograph.
3. He used to race the school bus.

As
a 12-year-old boy, he was given a beautiful new bicycle as a gift. The bicycle
was stolen, and when Cassius went to the local police department to report the
theft, he met officer Joe Martin. Martin introduced Cassius to the world of
boxing, and this was the beginning of his boxing career. Also Cassius vowed
that he was “going to whip whoever stole his bike,” but the stolen
bicycle never turned up.
5. He only wore Elvis’ robe once.

Elvis
Presley gave Ali a boxing robe as a gift, with the words “The People’s
Champion” inscribed on the back. Ali wore it to his next fight, but he
lost. He never wore the robe to fight again, thinking it was bad luck.
6. He threw away his gold medal. 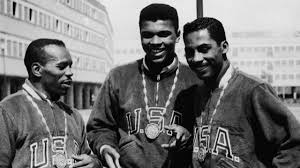 Young
Cassius Clay won a gold medal as a light heavyweight at the 1960 Olympics in
Rome. Later, upon returning to the United States, Clay was refused service at a
small diner because of his race. Clay walked out of the diner and threw his
gold medal (which he wore all the time) off a bridge and into the Ohio River.
He claimed he didn’t want to wear a medal in a country where he couldn’t be
served.
7. Ali
was banned from boxing for three years.

As the Vietnam War raged in 1967, Ali refused to
serve in the U.S. military for religious reasons. The heavyweight champion was
arrested, and the New York State Athletic Commission immediately suspended his
boxing license and stripped him of his title. In 1970 the New York State
Supreme Court ordered his boxing license reinstated, and he returned to the
ring by knocking out Jerry Quarry in October 1970.
8. Ali
starred in a Broadway musical.

During his 43-month forced exile from the ring,
Ali took to the stage in the title role of the musical “Buck White.” The
production opened inside New York’s George Abbott Theatre on December 2, 1969,
but Ali’s stage career would be a brief one. “Buck White” closed four nights
later after just seven performances. In spite of the limited run, Ali, who
played a militant black lecturer, received decent reviews.
9.
He
recorded an album of spoken verse.

He was composing verses in which he taunted opponents
and praised himself. His iambic pentameter was so popular that Columbia Records
released a 1963 spoken word album called “I Am the Greatest” in which the
21-year-old rising star performed his poetry. The album also included two songs
by the boxer, including a cover of the Ben E. King hit “Stand by Me.”
10. The gloves he wore to defeat Liston
earned him more money than the victory itself.

Almost 50 years to the day after Ali captured the
heavyweight championship for the first time, an anonymous buyer purchased the
gloves he wore to defeat Liston in the seventh-round technical knockout for
$836,000. Ali only earned $630,000 for the victory itself.