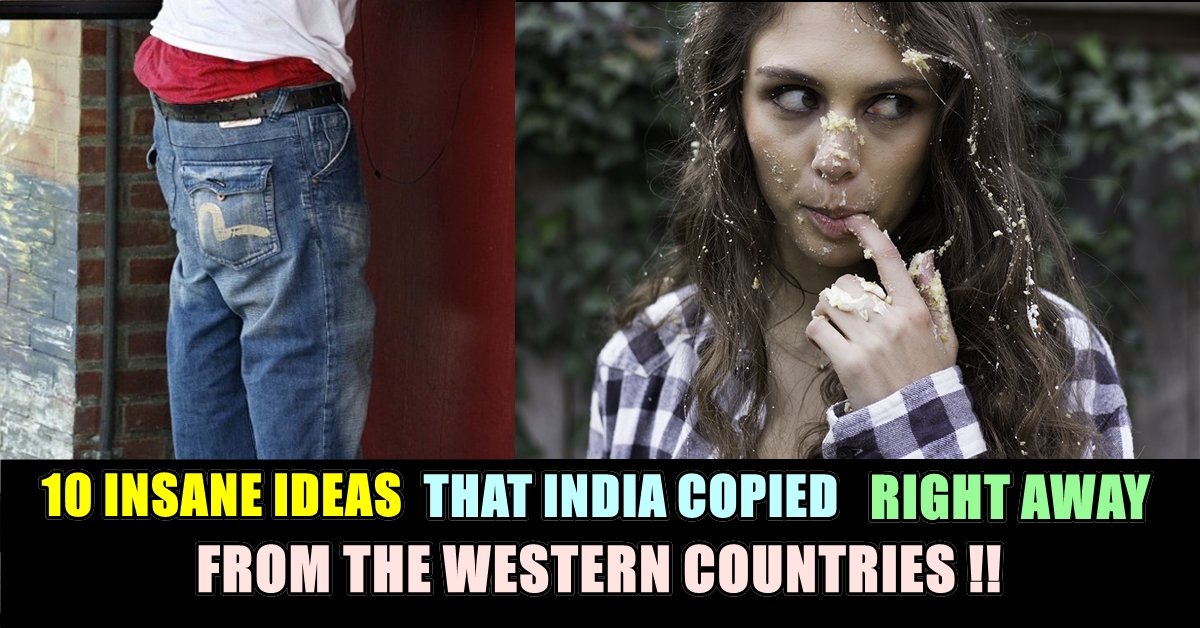 The western world has had a great impact on almost every other place in the world. But, when it comes to India, the degree of impact goes way too high. While a few things that India has adopted from the West are commendable, most of the practices it has adopted make no sense or lack logic. We have taken some reference from Quora Thread. Let’s look at some of these illogical things that India has borrowed from the West, apparently with a vow of never to return.

Suits are worn in the west as the countries are cold out there. It doesn’t make sense in India, a country having muggy and humid weather conditions for most part of the year. No wonder a suited –up Indian gentleman sitting in a meeting says, “It’s too hot in here! Can somebody please turn on the AC? Now, that makes perfect sense. 2. Putting On A Robe And A Funny Looking Cap During Graduation Ceremonies

Really? Can’t we just put on our academic dress? Is there any particular reason to put on this ? Now, that’s the in thing. Whichever direction you turn your head to; you see tall imposing glass buildings. Once you enter them, you’ll be overwhelmed by the excessive use of glass. Give me a break. Countries in the west (which are cold) use glasses so that the glasses by trapping the heat can keep the buildings warm. What’s the point in using them in a hot country like India? No wonder AC bills are sky- high. Is sliding the denims further down to show your innerwear the new style statement? I mean humor me folks. 5. Using The Word ‘Buck’ For Rupees

India has its own currency and it’s called ‘Rupee’. Why do we have to say ‘ Buck’, a currency which is in use in America? 6. Using Fork And Spoon Even If It Doesn’t Call For

India’s staple food is rice. Most Indians love meat. Isn’t it a bit inconvenient, time consuming and not to mention noisy to slice your chicken leg piece with a fork and a spoon or you prefer gulping it down in one go? Is this your idea of fun? Smearing icing on each other’s face on your birthday? And people say, India still has got a lot of people going to sleep in half-filled stomachs if not empty. What an irony, isn’t it? The reality is the Britishers didn’t quite trust the Indians and so they put this thing into practice. It’s been more than 70 years since they left but we are still practicing it widely. An ideal example of colonial hangover.

Now, that’s certainly one hell of an over-hyped phenomenon. Plus, all the immoral things which take place under the hide of it are known to all. Love isn’t mere romance for God’s sake. Moreover, India’s culture doesn’t match with that of the west. We should quit copying them. 10. Having Sunday As A Holiday

Why Sunday of all other days in the week? The western world has it primarily because of its religious significance. Sunday is a Sabbath for them – a day of rest and worship. Mumbai Shocker : Watchman Drugged 15-Y/O Girl & Raped !! : WTF !!
This Family From China Raised A Cute Puppy : Devastated After Knowing That It Is Not Actually A Puppy !!