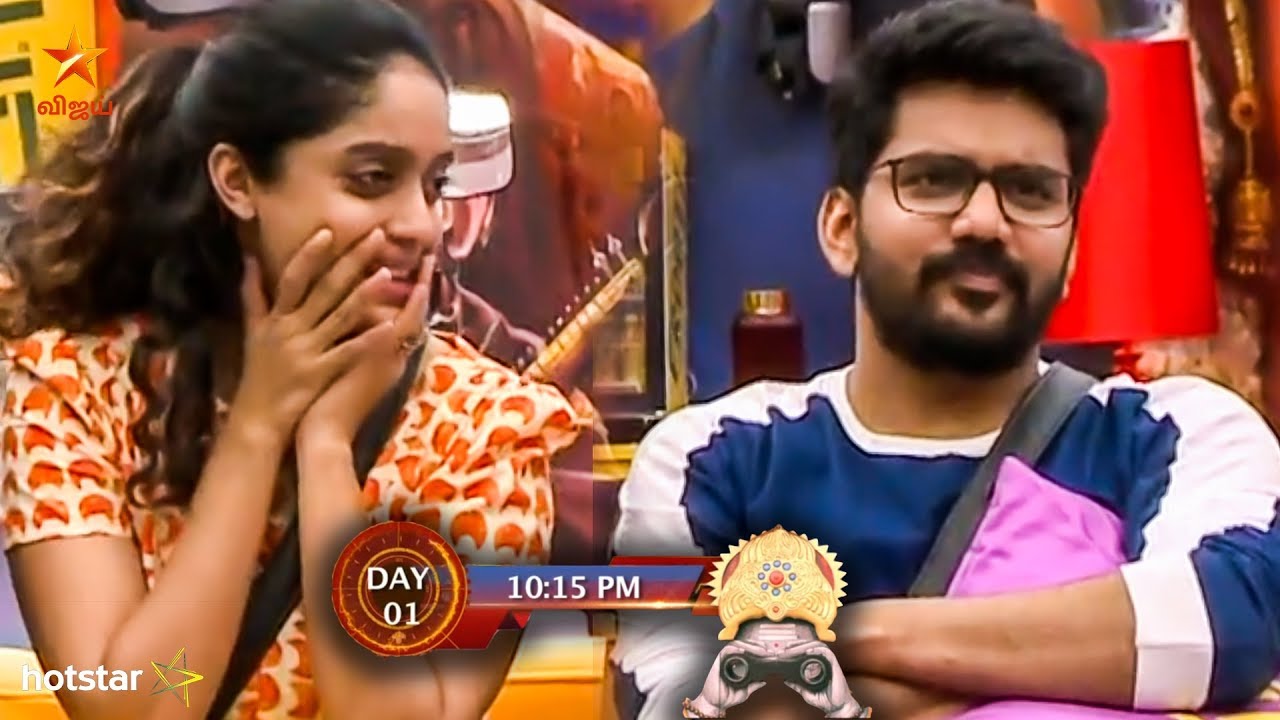 Abhirami expressed her feelings and called Kavin as a cute funny and down-to-earth person while having a conversation with other co-contestants. Now, Abhirami Venkatachalam has finally confessed about the same to Kavin in person. Kavin told her that it has just been two days and that he needs a couple of days more to observe everyone and get to know people better.

As just 5 days past since the start of the Bigg Boss show, there are many controversies surfaced including controversial model Meera Mithun entering the house. Now an unseen video which was not took place in the TV episode released in twitter.

The video shows Saravanan Meenatchi Kavin confronting Losliya by blocking her way and he is seen not letting the Srilanka based model to go. When she wants to go past him Kavin asked Losliya “What are you going to do by going in ?” to which Losliya answered that she is going to cook and and serve for everybody in the house.

Losliya called Sandy to rescue her who refused by saying that Kavin has to make the decision. Losliya warned Kavin to call other participants to save her from his mischeivious prank. Sakshi arrived the place and trolled Kavin for flirting with Losliya.