Tamilnadu has always been a state that opposed Hindi imposition. Today, the people of the state started trending the hashtag #StopHindiImposition for making Hindi as third mandatory language till class 8.

The Draft National Education Policy 2019, says while the “three language formula” followed in a section of schools since 1968 should be continued, “children will now be immersed in three languages early on, starting from the Foundational Stage onwards.”

This has been seen by many as an effort to make Hindi mandatory till Class 8 as Twitter users inundated the social network with messages against the move, making #StopHindiImposition and #TNAgainstHindiImposition the top trends on platform. By 5 pm, there were about 1 lakh tweets under the two hashtags. 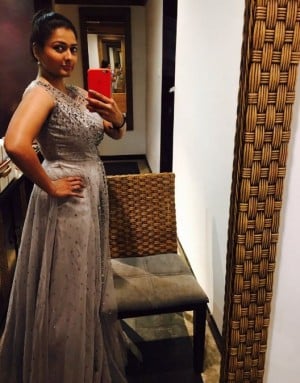 Enormous number of tweets and memes surfaced under the hashtag. Now Bigg boss celebrity and Tamilnadu member of BJP has come up with a tweet advising people of Tamilnadu to learn Hindi. She said that every state in South India except Tamilnadu speaks Hindi.

Her read as “everyone in south kerela Karnataka Andra and Telengana knows to speak Hindi except for TN not as much. It’s not our national language but this language is spoken nation wide. Can connect better. Learning anything is good. No one is imposing stop spreading fake news.”

everyone in south kerela Karnataka Andra and Telengana knows to speak Hindi except for TN not as much. It’s not our national language but this language is spoken nation wide. Can connect better. Learning anything is good. No one is imposing stop spreading fake news.

For this tweet the actress and dance choreographer got trolled for the spelling errors in her tweet. They also trolled for her behaviour inside the 1st season of Bigg Boss show. Check out some of the reactions here :

That’s why u tweeted in English..😂😂

First of all its not ‘Kerela’, its ‘Kerala’ ….ur neighbor state… Learning the spelling is also important as learning language

Somebody give her a chance in movies please🙏🙏🙏

Why you are trying to impose Hindi on us now. We will learn if we need. Sabbbaaa 😒

What do you think on these statement of the actress and the reactions to it ?? Comment your views below !!