If you haven’t followed Cricket World Cup thus far, Sheldon Cottrell has earned a name for himself for his electric performances and equally worthy celebrations in the ongoing tournament in England. 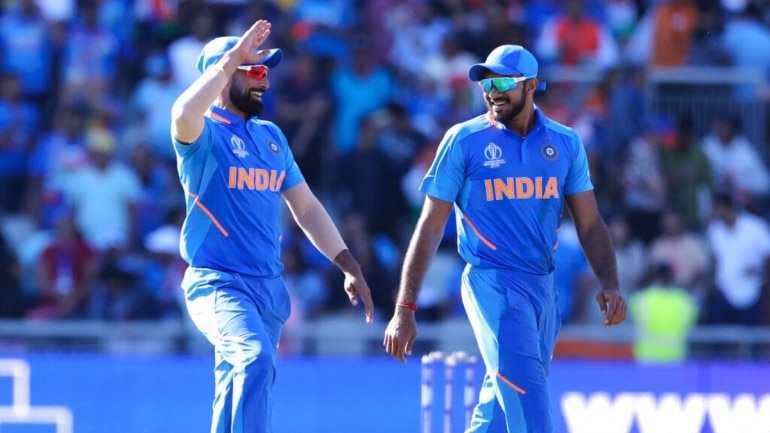 Cottrell had earlier explained to BBC that he was a soldier by profession and saluted after every wicket to show his respect to the Jamaica Defence Force.

“It’s a military-style salute. I’m a soldier by profession. Me saluting is just to show my respect to the Jamaica Defence Force. I do it every time I get a wicket. I practised it for six months when I was training in the army,” Cottrell said. He took two wickets in his match against India and celebrated it in his own unique style as well.

When Cottrell came in to bat at no.10, Yuzvendar Chahal took his wicket and Shami who is one of the 2 wickets of Cottrel seen imitating the celebration of the Caribbean. Virat Kohli, Vijay Shankar and Chahal seen laughing at it.

Although several watchers of the game felt Shami’s actions were in bad taste and disrespectful to his army, Cottrell felt otherwise. Taking the gesture in his stride and Cottrell chose to see the lighter side and himself took to Twitter to clear the air and ensure there was no bad blood. Cottrell tweeted about the incident later and even came up with a funny response in Hindi.

The West Indies were knocked out of the semi-finals race by India, who won the game by 125 runs in Manchester. With 3 points from 7 matches, West Indies only have pride to play for. 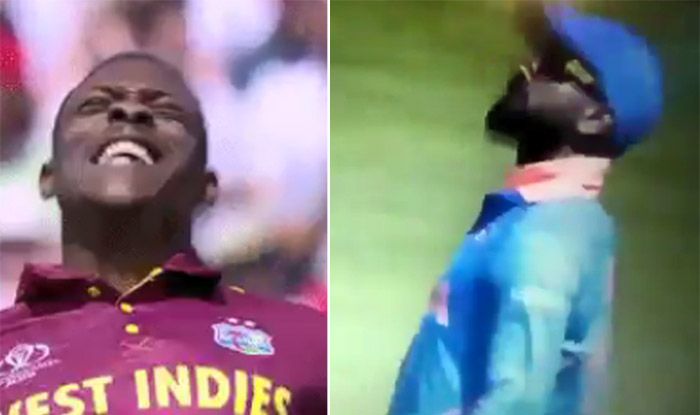 Chasing 269 for victory, the Windies were shot out for 143 in 34.2 overs with Mohammed Shami getting 4 wickets while Jasprit Bumrah and Yuzvendra Chahal got two wickets each. Shami, who replaced Bhuvneshwar Kumar in the playing XI in the last two games, finished with 4 for 16