Dinesh Karthik made his comeback to the ODI side and he trumped none other than RishabhPant to book his place in the World Cup squad that was announced yesterday.

When Karthik was dropped from the ODI team for the home series against Australia, it seemed like selectors have made their mind on Rishabh Pant. 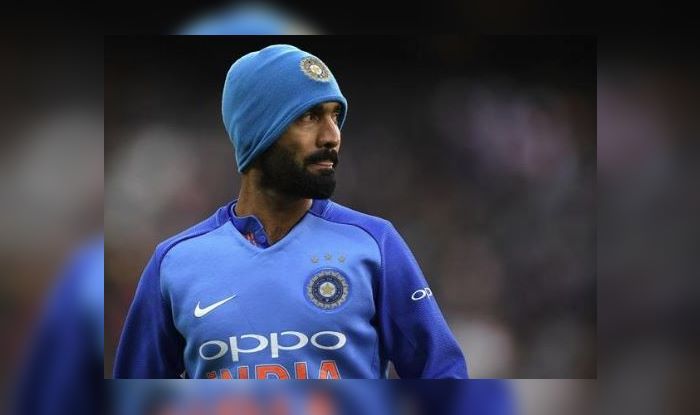 The Indian squad for the ICC Cricket World Cup 2019 was announced recently by the Indian Cricket Board (BCCI) as chief selector MSK Prasad put forth the team that will play the mega ICC event in England and Wales from Thursday, May 30. The Indian team will play South Africa in their first match on June 5 at the Rose Bowl.

The Indian team announcement was surprising enough for many people as they found that some inclusions and exclusions were a bit hard to digest for some former cricketers and experts alike. KL Rahul was selected as the backup opener to the duo of Rohit Sharma and Shikhar Dhawan. Vijay Shankar was picked in place of Ambati Rayudu possibly for the batsman at the no.4 spot in the playing XI. Cricket commentator Sanjay Manjrekar expressed his opinion on the squad announced. He criticized the selectors for choosing Dinesh Karthick and also termed Vijay Shankar as “Lucky”.

It’s impossible to keep everyone happy with team selections but Karthik inclusion surprising. Selectors guilty of showing no consistency in his case. Discarded after Jan 2019 to select straight for the WC. Shankar is a lucky man to make it. #CricketLive #StarSports

This tweet of him irked the fans of Tamilnadu who thrashed him in the comment section for his biased perception :

And your region/state specific bias is so obvious with this tweet, sir!

No wonder you had a long career talking cricket than playing it. And it shows 😂#CWC19 #TeamIndia

Thank god ur not the selector, @BCCI in good hands

The burn is evident 😂😂

Is that coz both are from Tamilnadu? Its impossible to make you happy unless all the players are from Mumbai

If shankar was lucky to make it then I don’t know what made you a commentator or a national cricketer.

Don’t you have any concern apart from DK & Vijay shankar??? Really you people behave hard on DK… don’t you see Rahul as luckiest man to make it in spite of his failures…

You’re a lucky man they let you commentatate after the biased shithousery.

@sanjaymanjrekar With all due respect ,Sir I’m wondering how do you still have a contract with Starsports and Cricinfo .

The art of demotivating a player should be learnt from you.

What do you think on this statement of Sanjay Manjrekar ?? Comment your views below !!