The Internet is a funny place, where you find crazy fans who sometimes cross over to the creepier side. Often, one can find silly morphed images of actresses and actors, which are mostly hilarious. One such photo of Samantha went viral on social media recently. It has the Theri actress in bridal get-up and in place of Naga Chaitanya, an ardent fan(?!!), who morphed his own face on to the body.

Samantha Akkineni  is an Indian actress and model. She has established a career in the Telugu and Tamil film industries, and is a recipient of several awards including four Filmfare Awards. She has emerged as a leading actress in the South Indian film industry. Needless to say, fans try a number of ways to grab the attention of their favourite celebrity; some try to impress them with a good act while others opt for a creepy one. Needless to say, creepy and weird things get viral shortly, thanks to social media and Internet users, and reach their ultimate destination promptly. A fan of Samantha also did something to get her attention and shared her pic from her wedding but with little editing as he replaced the groom with himself.

Here is the picture : Just to inform, Samantha Akkineni got married to Naga Chaitanya last year. The couple dated each other for a long time and their wedding was a grand affair. 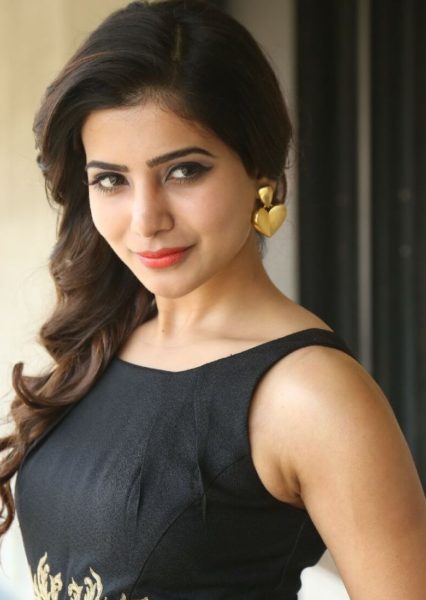 The photos of their marriage had been going viral for long but this morphed pic from the fan was something that caught the attention of the actress herself and instead of taking it otherwise or giving an angry reaction, she left her followers in splits with an epic reply.

Samantha wrote, “Eloped last week .. don’t know how this leaked .. It was love at first sight”

Eloped last week .. don’t know how this leaked .. It was love at first sight https://t.co/wJxvLBXbCc

Hilarious, isn’t it? We must say that there couldn’t be a better reply and the fan himself must be quite happy with it. On the work front, fans will get to see Samantha in some big films including “Super Deluxe”, “U-Turn” and “Seema Raja”. Other than these, she is also doing a romantic movie with her husband; however, the title of the flick is not yet decided.

Her recent Tamil venture Irumbuthirai successfully acclaimed at box office as well as among critics. Some other notable Tamil films of her are Kaththi, Theri, Mersal, Neethane en Ponvasantham etc.