Now in this recent interview, the astrologer shared many things including the weather in Tamilnadu and the future of Tamilnadu politics. He says that lakes in Chennai will get  80% of water in the coming weeks of July. He also added that Chennai will face water scarcity in December month. He also suggested people to be aware of it.

While talking about Rajinikanth’s political life, Balaji said that he won’t get much support from the people of Tamilnadu. He also says that the Superstar will start his political life in 2021 when the election nears. “He also will suffer physically in 2023” said Balaji. He  added that Nayanthara will get married this year and I guess she is hiding it.

On Vijay’s political entry, Balaji said that he won’t make his presence in Tamilnadu politics in near future, Ajithkumar won’t enter politics at all. “Vijay’s Bigil will be Vijay’s massive hit after Thuppakki. Many are accolading my predictions today and I see it as a victory of Astrology.” 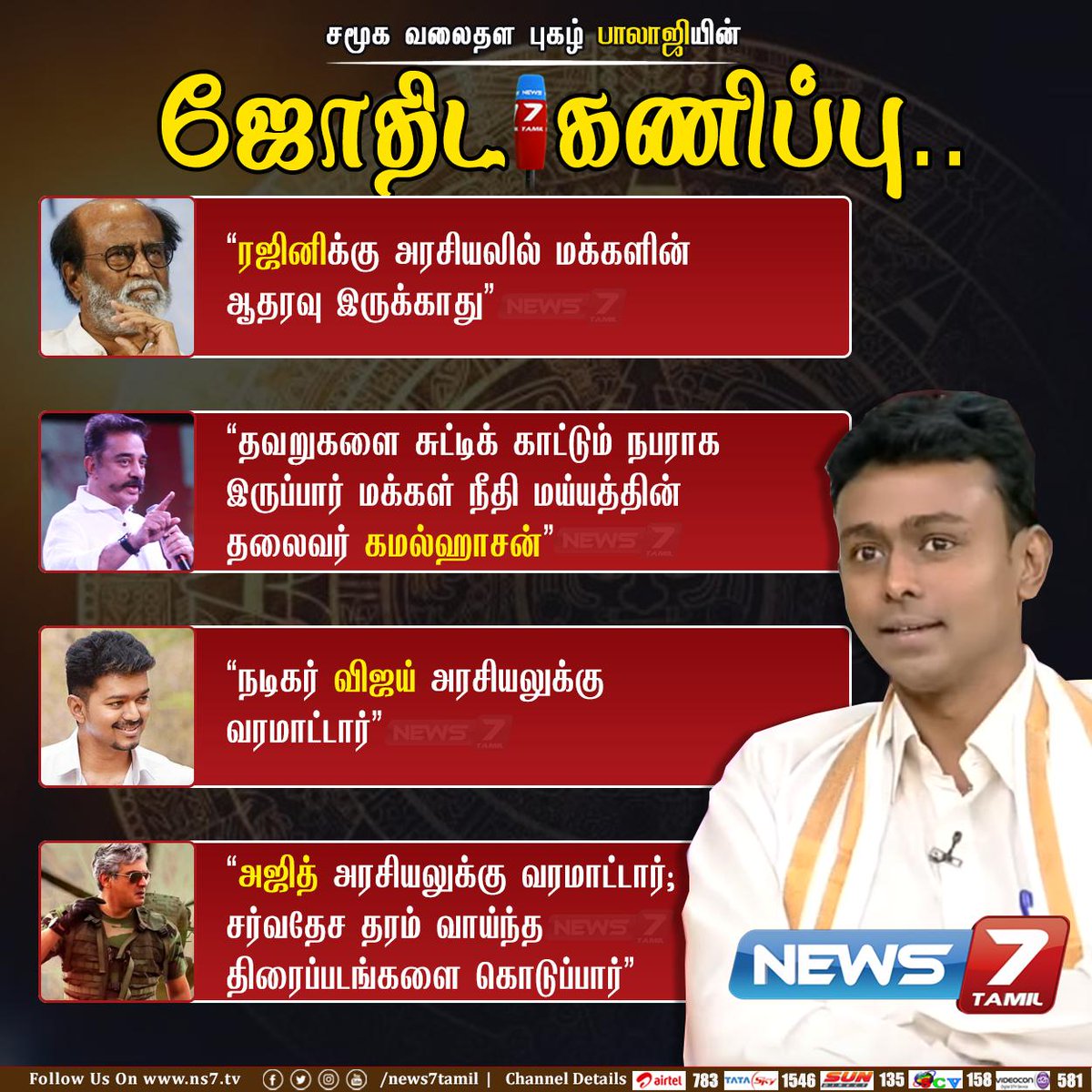 “Donald Trump won’t make the 2020 election at all. He will get defeated for sure. Will tell you the winning candidate once he was announced” said Balaji confidently.

Netizen couldn’t believe the accuracy of Balaji that they are expressing their thoughts in social media platforms with memes and posts :

Don’t know him but His prediction about the World Cup winner and player of the match are absolutely RIGHT wow that’s unbelievable 👌👌 pic.twitter.com/dWCBSZjYzC

What do you think on his predictions ?? Comment your views below !!