Ever since news of Rajinikanth teaming up with new-gen director Karthik Subbaraj broke, there have been high expectations from the film.

The director has managed to live up to the hype by assembling a stellar cast including Nawazuddin Siddiqui, Trisha, Simran and Vijay Sethupathi. Yesterday the makers announced that the film is titled Petta (territory) along with a motion poster. As expected, the motion poster went viral within just a few minutes of its release and is doing the rounds on all social media platforms 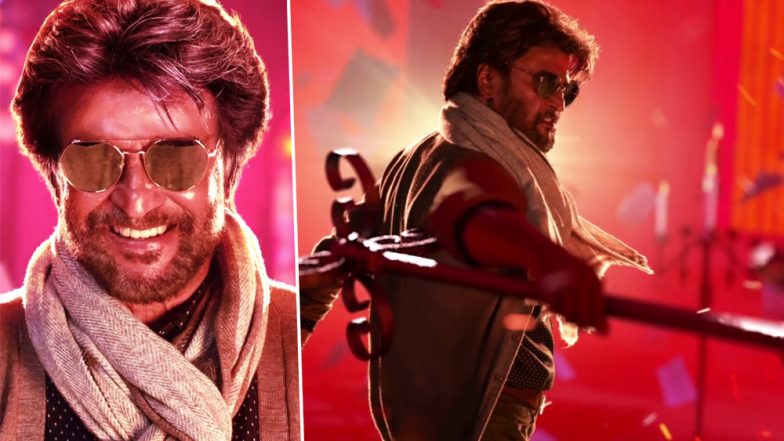 The motion poster begins with a thumping score by Aniruth Ravichander and has a candle-lit church as its setting. While the rumour mills have been abuzz about Rajinikanth playing a college professor, the poster confirms the speculations by using images of stationery, including contents of geometry boxes, and college notes flying around.

The last time Rajinikanth played a professor was in Dharmathin Thalaivan. In complete contrast to the traditional shirt-dhothi and viboodhi patta sporting Balu of the 1988 film, Petta sees the actor in an uber cool avatar. His smart cardigan and scarf around the neck also sits well with the fact that the film’s first schedule kicked off in Darjeeling.

Not just in the attire, but Petta‘s Rajinikanth also has a drastic change in his attitude too when compared with his previous stint as an academician.

The first time we see Rajinikanth in the poster, the actor walks in with his trademark gait, an all-knowing smile on his lips, a well-groomed beard and the famous unruly-yet-majestic mop of hair on his head, holding a candelabra. Replace the candle holder with a guitar and it looks straight out of his look in the Kadhal Anukkal song in Enthiran, as he romanced with Aishwarya Rai on the beaches of Brazil.

However, when the rousing music reaches a crescendo after the title reveal, the smile vanishes and we end with an action-packed Rajinikanth wielding the same candelabra as a weapon.

It is clear that the professor in this Karthik Subburaj film means serious business.