Recently Chinmayi has received a harsh open threat from producer K Rajan, at the audio launch of Para which took place on Saturday evening. Since the start of the MeToo movement, Chinmayi has been at the center stage of the events after her accusations against legendary lyricist Vairamuthu became a huge talking point all round. The singer also called out actor and the head of the dubbing union – Radha Ravi, for banning her from the dubbing union and not letting her do any more films.

Chinmayi shared the video in her twitter account and exposed it to the public where he is seen seeing “He (Vairamuthu) would have struggled a lot to get that place. To get cheap publicity don’t accuse him. 50 women of my area are enough to destroy you. If you try to destroy his hard earned good name, I have some people to destroy you” he threatened Chinmayi directly.

To this tweet of Chinmayi one of a random twitter user asked Chinmayi to marry Vairamuthu. He also said that it is the only solution. The online user mocked the singer by naming her as one of the BJP worker as well.

After Chinmayi’s reply the user however deleted his tweet but the screen rounds in online sites. 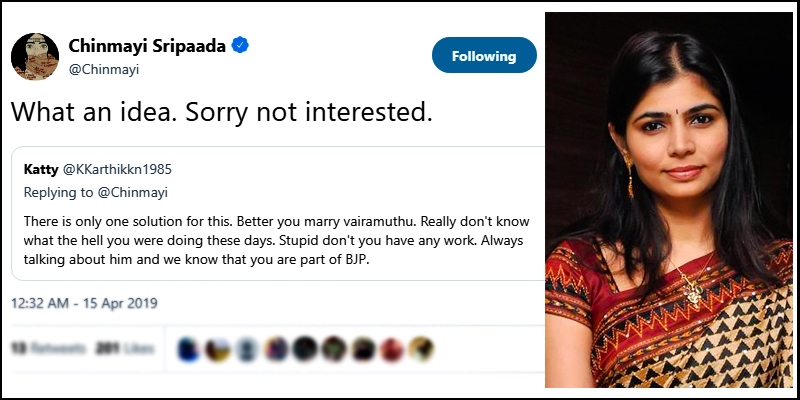 She also replied someone who said that it is boring to see the news of Chinmayi and Vairamuthu.

Damage is to both families? Lol. Vairamuthu or most of the men named as predators have suffered no damage. So please dont faff. If someone’s struggle with the system is boring and to you, watch a mega serial on TV. That should do you well 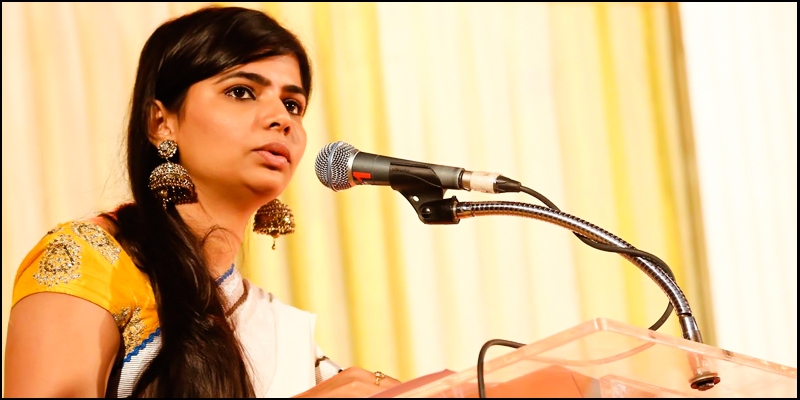