Bigg Boss show is one of the most watched program as far as reality television shows are concerned. Being started with 16 contestants, the show eliminated 7 contestants so far including Saravanan. Sakshi Agarwal who was highly expected to get eliminated in the previous week, lost to Abhirami Venkatachalam and Losliya in getting more number of votes from the audience. Her behaviour in Kavin’s issue and her attitude in certain occasions irked the audience who decided not to vote for her. As many expected her to be sent in secret room, she was directly eliminated from the Bigg Boss house. 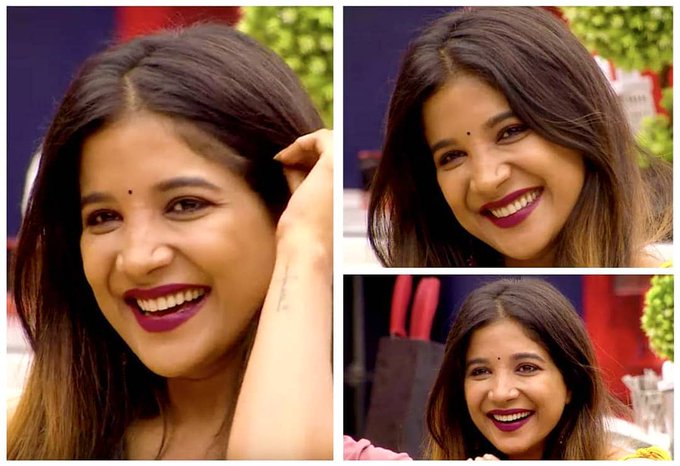 “I’ve learned a lot inside the house, and I will cherish this experience throughout my life. I was there inside the house for nearly six weeks, but still, I couldn’t understand everyone. I’ve learned to balance my emotions and energy instead of going any extreme,” Sakshi told Kamal Haasan while getting evicted.

Now after getting evicted, Sakshi Agarwal became active in social media. She uploaded few posts since the day of her eviction which includes a speech of Kollywood’s lady Superstar Nayanthara. The old video which belongs to Coffee with DD show, shows the actress talking about how one should live their life without caring about what others say or think about us.

Watch the video that was posted by Sakshi. She added a caption saying “Love you dear #nayanthara ! Ur an inspiration ❤️❤️❤️”

Love you dear #nayanthara ! Ur an inspiration ❤️❤️❤️

Check out her another post about her best friend inside the house Sherin :

Baby i love you the most in this world! You are the bestest thing for me in bb house! Only you understood me totally and stood by me! Kudos to you #sherin ! #friendshipgoals #besties #bbfriendship #exists #genuinefriends #bigbosstamil3 Baby you know i can give my life for you and have definitely proved it you many times in bb house! Cant wait for our #bali trip!

Sherin, who shared a strong friendship with Sakshi, bid a teary-eyed farewell to her friend during Sunday’s episode. Sakshi’s relationship with Kavin grabbed the headlines in the last two weeks, but her fickle-minded attitude earned the wrath of the viewers.

Sakshi Agarwal got eliminated from the show on the 49th day. What do you think on these posts shared by Sakshi ?? Comment your views below !!