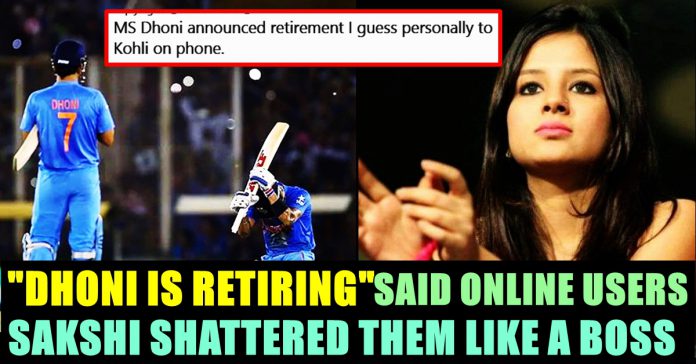 Virat Kohli posted a tweet regarding cricket in his twitter timeline after a long time. The tweet instantly made the cricket fans to speculate about Dhoni’s retirement as the post was about the former captain. Kohli even tagged the cricketer’s official twitter handle.

“A game I can never forget. Special night. This man, made me run like in a fitness test 😄 @msdhoni”

A game I can never forget. Special night. This man, made me run like in a fitness test 😄 @msdhoni 🇮🇳 pic.twitter.com/pzkr5zn4pG

It’s unforgettable that Dhoni and Kohli were at the crease as India pulled off a difficult chase of 161 with a number of quick singles and doubles. Kohli’s remarks with respect to Dhoni in his social media post are referring to the same as the duo completed a remarkable victory for their side on a ‘special night’.

This tweet sparked rumours that MS Dhoni might announce his retirement soon. However, there has been no official confirmation of any such move.

Why has he posted this now? Is Dhoni retiring? pic.twitter.com/Iva60XDPul

Thank You Dhoni for bottling so many T20 games for India…. Happy retirement 😊

However, Dhoni’s wife Sakshi singh has came up with a terrific tweet to shatter the rumour that are taking place in social media. The post of her said “Its called rumours !”. She is posting something in twitter since April.

As soon as the tweet surfaced, fans of Dhoni are having sigh of relief and praising Sakshi for clearing the air. So far the tweet received 7k loves from the twitter users. Check out some of the reactions for her tweet here :

Thanks for the Clarification Misses Thala Dhoni.. 😎🔥

Dhoni had retired from Tests in 2014 and had stepped down as India’s limited-overs captain in early 2017. He hasn’t played a single International game since the world cup tournament. Dhoni’s use of the DRS and his sharp tactical acumen make him a huge asset to the Indian team. 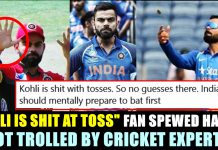 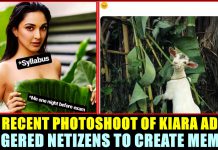 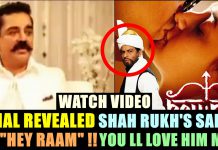