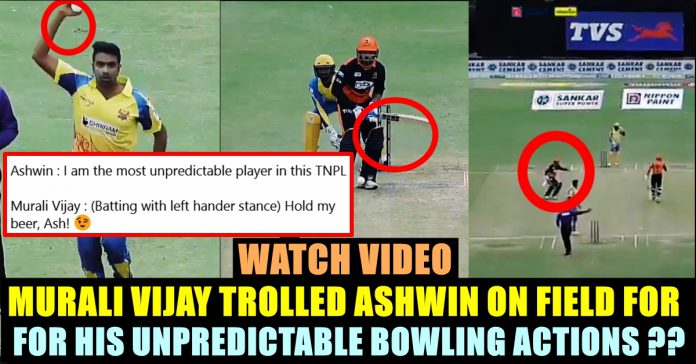 Murali Vijay is one of the best openers in Indian cricket industry. He still opens for the Indian team in Test cricket format. After a long time, he made it to the headlines for trolling Ravichandran Ashwin, who is currently experimenting so many thing in the ongoing Tamilnadu premier league. 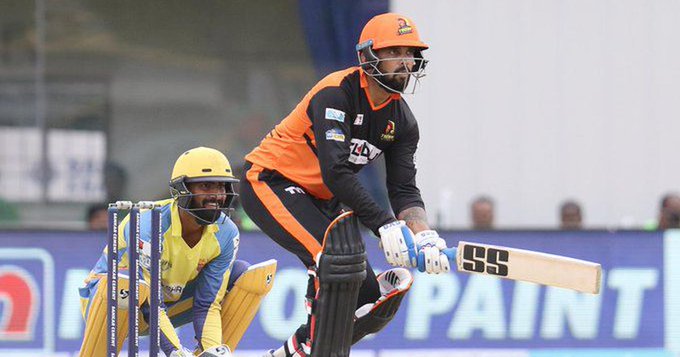 Ashwin, a Tamilnadu based cricketer who is now captaining Kings 11 Punjab, is known for making use of the rules of cricket. In this recent video which was released by the official twitter account of TNPL, Murali Vijay was seen playing left handed while facing his colleague Ravichandran Ashwin.

Initially it was considered as a different kind of shot selection from Murali Vijay. Later when the umpire signalled it as a no-ball, Murali Vijay refused to take single to face the free hit delivery of Ravichandran Ashwin. The opener also seen making some moves for the song that was played in the stadium during the break.

Ashwin, for his part, tried a different kind of bowling action while bowling to Murali Vijay as well. Check out the video here from TNPL :

The contest that was! Cricket is the winner! #NammaPasangaNammaGethu #TNPL2019 pic.twitter.com/Pqb5swNVHT

Fans who saw the video couldn’t keep calm. Many stated that Murali Vijay is trolling Ravichandran Ashwin for his experiments in this ongoing Tamilnadu Premiere League. Check out some of their reactions here :

Ravichandran Ashwin tries out one of his quirky bowling actions. What does Murali Vijay do? He bats left handed. Some stunning crictrolling from Tamil Nadu’s top cricketers 😂One of the most entertaining phases of play in #TNPL2019 #NammaPasangaNammaGethu #RTWvDD

Ashwin : I am the most unpredictable player in this TNPL

Vijay Matching up with Ashwin attrocity…

Only thing left by @ashwinravi99 is to change his name…😂😂
Almost tried everything.. 🙄@BCCI @lionsdenkxip

Both are killing the Cricket😡

What do you think on this behaviour from both the cricketers ?? Comment your views below !! 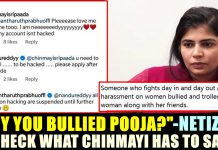 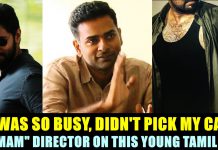 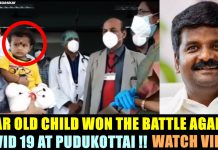