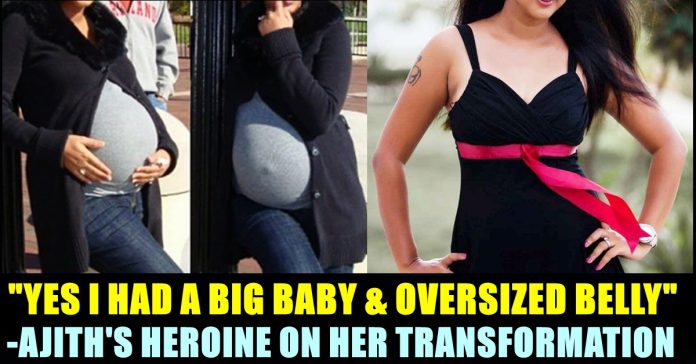 Pregnancy is a hardest phase of a woman’s life yet they would choose to get pregnant to give birth to their own child. Afterlife of pregnancy for a woman will never be the same as there will be a vast change in their physical appearance. However, many women would fight it back and choose to be healthy and would work on getting back their old looks. Now, actress Kaniha who is known for appearing in Tamil films has shared her experience of her pregnancy period only to inspire her followers.

Government’s announcement of lockdown has turned the lives of people upside down. Many are glued to the Internet as they have no place to go and few people attempting to grow a good habit such as practicing yoga etc. Several number of people are posting pictures that took years back with a caption saying “Throwback” to kill time as well. Actress Kaniha who acted in films like “Varalaru. Ethiri, Ok Kanmani” posted pictures from her pregnancy period and her current pictures to tell her followers about her journey.

The actress who admits that she had a big baby and oversized, overflowing pregnant belly says that she flaunted it with pride. Further Kaniha said that she didn’t have the luxury of recovering post delivery as her child had to go open heart surgery soon after birth. Kaniha believes that miracles do happen as her little one managed to fight back successfully.

However, Kaniha says that this post is not about it and lets her followers know that this post is about how she managed to get back to normalcy. “I followed 1 simple rule. Your life, Your body ,Your right. Till date I never let people’s comments about my looks or my parenting ways bother me.I silently keep working on what I wanna achieve.” she said in her caption.

To many of her followers who think that the actress is pursuing fitness for her career, Kaniha said that she is doing it for herself. She said that she is doing it for her healthier future and asked her followers to eat healthy and to stay fit. “A healthy future lies in your hands today. All it takes is less than an hour everyday. You are definitely worthy so gift yourself good health. If I can do it,why can’t you?” she motivated her 6 lakh followers.

Here’s the two pictures Kaniha shared of herself :

Yes I had a big baby..I had an over sized,over flowing pregnant belly which I flaunted with pride. I din't have the luxury of recovering post delivery like many moms 'coz my child had to undergo an open heart surgery soon after birth.Miracles do happen and my little one is a survivor and He chose life. This post is not about that though..It's about how I managed to get back to my normalcy..I followed 1 simple rule. Your life, Your body ,Your right. Till date I never let people's comments about my looks or my parenting ways bother me.I silently keep working on what I wanna achieve. Even today many of you may think/comment why do I pursue fitness?? Many of you think I do it for the sake of my career etc ..But the answer is NO.I do it for myself.It's an investment I am making for my healthier future.. So guys try to eat healthy, stay fit!! A healthy future lies in your hands today. All it takes is less than an hour everyday. You are definitely worthy so gift yourself good health. If I can do it,why can't you? #stayfit #kaniha #motherhood

Earlier Kaniha criticized by one of her followers for using reading books for doing workouts. To the one who asked her to respect the books, the actress gave him a reply saying that she is not destroying them.

Comment your views on the suggestions provided by the actress to her followers !! 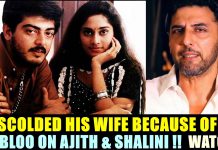 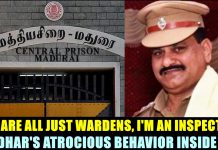 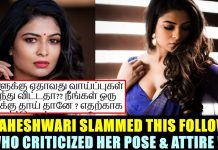